Furries, The Other F-Word. An Outsiders View

I’ve been around the sci-fi/fantasy con circuit a time or two. I know that furries are generally the most panned sect of the fandom. I know that since childhood most people wind up rejecting the very same imagery and characters that they grew up with. However, as a neutral outsider, I want to throw my two cents in with this great community. I had a chance to sit down with Anthrocon’s chairman Dr. Sam Conway the other day (full video will be available later in the week) and basically came to the consensus that furries, as the youngest organized member of the fandom, really take the hate because they are the new kid on the block.  There is so much love for the individual and fan here, so much giving back to the community, and such a pure love of what brings these fans joy; to question it would almost seem sacrilegious. 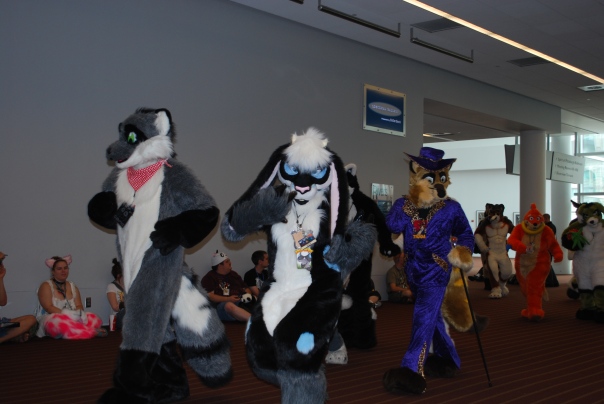 That being said, and not being super religious myself, I questioned it anyway. While the media seems content to sensationalize furry activities and reduce the fandom of cartoon animals to the absolute fringes of human psychology and sexuality; I must say that if these things are happening:
1) Why don’t I know about it, and
2) Why wasn’t I invited? 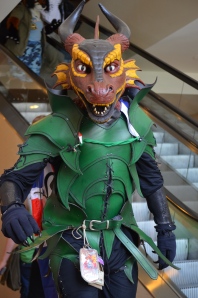 We all grow up with fond memories of Bugs Bunny, Tom & Jerry, or other assorted WB/Disney/Hannah Barbara cartoons; and are then expected to throw all these formulative images and memories away simply because “grown ups” aren’t supposed to like cartoons. If our generation has proven anything it is that childhood isn’t necessarily regulated to the time of “childhood”. While previous generations have been content to leave behind the trappings of youth in search for the almighty dollar; ours has sought to preserve it, box it up and wrap it like something precious on the shelf of life. I personally have a collection of vintage battle beasts, was taught to always save the box, and knew that from my first comic book and baseball card that everything was collectible if you could find the right buyer. To constrain the anthropomorphic fan to the media impression of “furry” would not be unlike holding every reader of comic-books in the same light as the Google search results for “erotic cosplay”.

And while we’re drawing the comparison to the comics industry, the furies too have their own writers and luminaries and stars. Mention Geoff Jones, Grant Morrison, or Jim Lee (all superstars); but outside of comics fans you get blank stares. Same goes for Tani Dareal, Blotch, and Dark Natasha here at AnthroCon. This is a con like any other, attracting some of the best in the business, and pulling guests most people would have a fond feeling of nostalgia for; this year; the standout being Dev Madan, of Sly Cooper Fame! 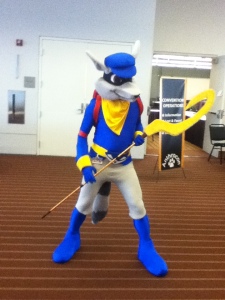 Guests of honor here are usually someone that your average sci-fi fan might not know by name, but has enjoyed their work and unfortunately perhaps forgotten about along the way.  This happens inconsequentially and unintentionally as bigger and more important things loom into ones life. The  memories for the cartoon or character last the fan a lifetime, meanwhile the creator slips into anonymity. I suppose that’s the way the world works when the world itself seems more focused on worshiping a ‘snookie’ or ‘kardashian’ than an actual “god”. That, however, is another rant for another day. I will just wrap up saying that the furries I met this weekend, on the whole, are some of the most creative, passionate, caring, and honest individuals I’ve ever had the pleasure of meeting. Remember this blog is all about unabashedly embracing your passions; and no group does it with more pure honest love than that of the furries.